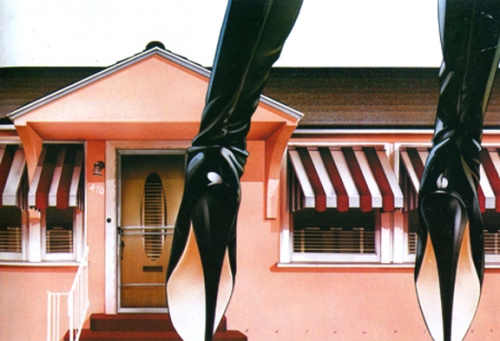 After Peter left the studio to free-lance, his career really took off, as did his work.  I think at the studio he probably got work because of the studio, but when he left, he got work for himself.  Work where they really wanted his style.  He got into airbrush with a vengeance and brought his own sensibility to it.  Closeups of objects, where the details were so luscious that you didn’t realize it was a closeup of something as mundane as an electric plug or a telephone.  They were as sexy as the high-heeled shoes that he loved to paint.  Reflections, highlights, textures, he made them all sing.

And he was a wizard with type and borders too.  I think I probably love doing type and borders with my own work because of being around Peter and seeing that illustration was about the composition of the entire piece, not just the drawing and painting.  It was all about design as a whole.

Here are some of his most recognized illustrations that he did after leaving RWP&D, Inc. 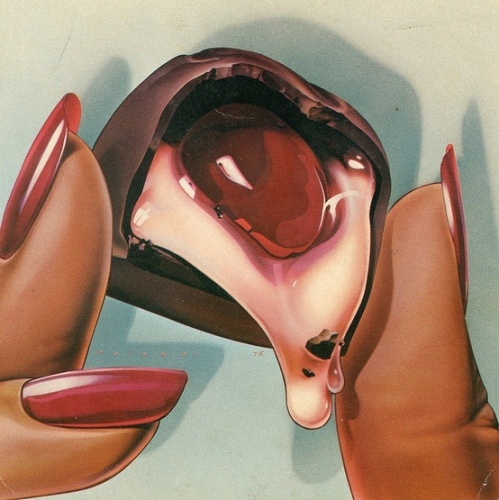